To run an application in an optimal way, JVM divides memory into stack and heap memory. Whenever we declare new variables and objects, call new method, declare a String or perform similar operations, JVM designates memory to these operations from either Stack Memory or Heap Space.

In this tutorial, we'll discuss these memory models. We'll enlist some key differences between them, how they are stored in RAM, the features they offer and where to use them.

Stack Memory in Java is used for static memory allocation and the execution of a thread. It contains primitive values that are specific to a method and references to objects that are in a heap, referred from the method.

Access to this memory is in Last-In-First-Out (LIFO) order. Whenever a new method is called, a new block on top of the stack is created which contains values specific to that method, like primitive variables and references to objects.

When the method finishes execution, it’s corresponding stack frame is flushed, the flow goes back to the calling method and space becomes available for the next method.

Apart from what we have discussed so far, following are some other features of stack memory:

Heap space in Java is used for dynamic memory allocation for Java objects and JRE classes at the runtime. New objects are always created in heap space and the references to this objects are stored in stack memory.

These objects have global access and can be accessed from anywhere in the application.

This memory model is further broken into smaller parts called generations, these are:

These different portions are also discussed in this article – Difference Between JVM, JRE, and JDK.

We can always manipulate the size of heap memory as per our requirement. For more information, visit this linked Baeldung article.

Apart from what we have discussed so far, following are some other features of heap space:

Based on what we've learned so far, let's analyze a simple Java code and let's assess how memory is managed here:

This allocation is explained in this diagram: 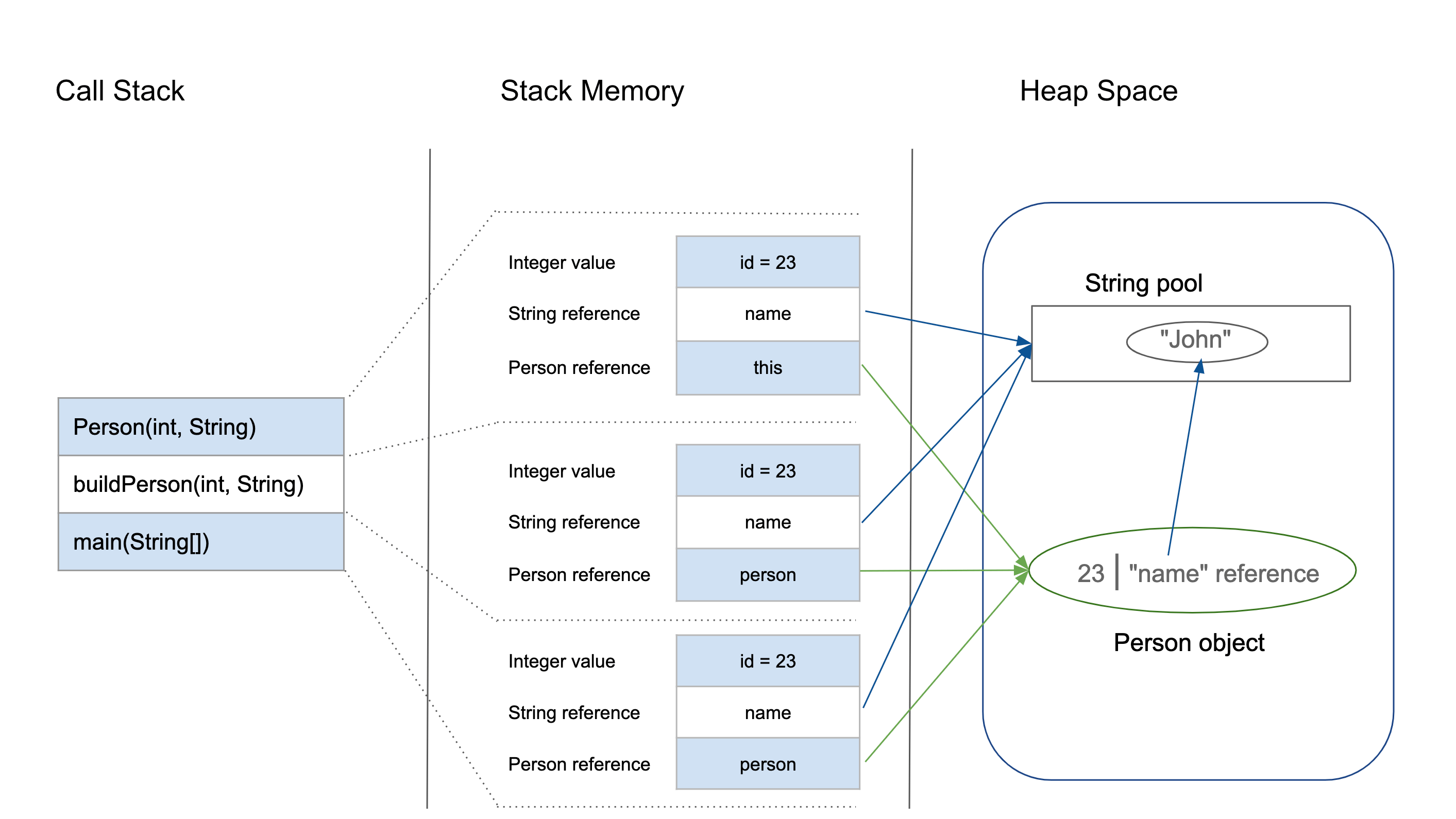 Before we conclude this article, let's quickly summarize the differences between the Stack Memory and the Heap Space:

Stack and heap are two ways in which Java allocates memory. In this article, we understood how they work and when to use them for developing better Java programs.

To learn more about Memory Management in Java, have a look at this article here. We also discussed the JVM Garbage Collector which is discussed briefly over in this article.